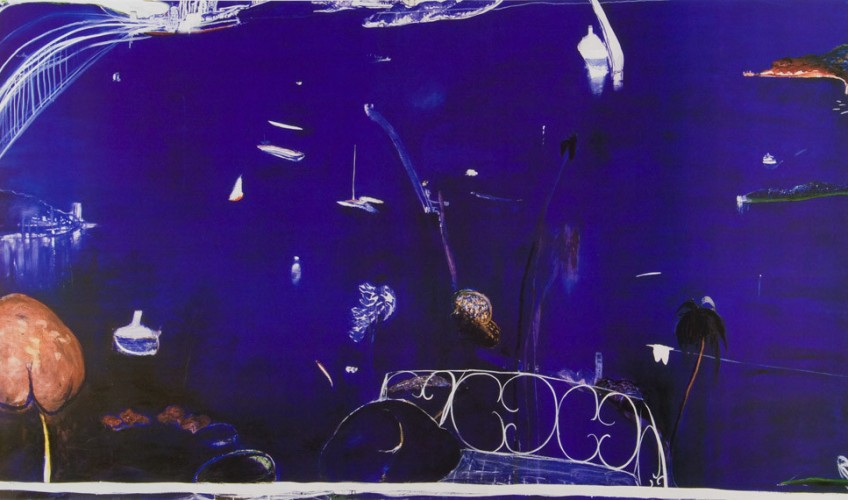 It’s been 7 years since I lived in Sydney and, I must say, I was apprehensive about returning, as not all those years were good. It turns out, I had nothing to worry about; as all that happened is rooted firmly in the past and visiting old haunts and catching up with friends has been nothing but wonderful. To be sure, I am glad I am not back there, but I now understand the forces that were at play in my life back then and can only marvel and what took place and count myself blessed to have had such an eye-opening experience.

One of the most evocative places I have revisited is King Street, which runs through the heart of Newtown. Arguably the coolest thoroughfare Sydney, it has an eclectic array shops, bars and cafés, most of which have an arty and/or eccentric air. Everyone is young, dressed shabby-chic and look like they listen to cool music. I spent a lot of time on King Street when I lived in Sydney, both in its drinking establishments and in places of employment. 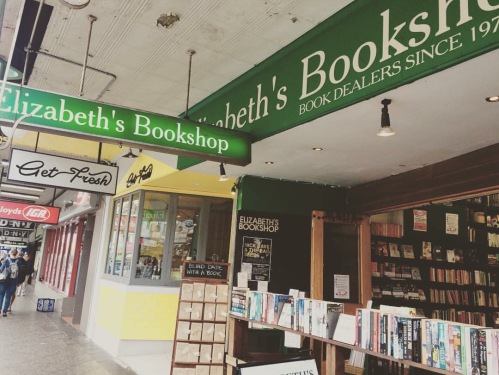 Elizabeth’s Bookshop, one of the places I worked.

On Tuesday evening, I met up with some friends in Glebe – an area that begins at the far end of King Street – which gave me the opportunity to walk its entire length and revisit all those places that had been central to my experience of Sydney. Naturally, after 7 years, some things had change, but much of it, to my delight, had stayed the same. It was amazing to see places I’d spent my working days, counting the minutes till I could go home, and those places I’d spent my evenings, sometimes worse for wear, but always in good company. 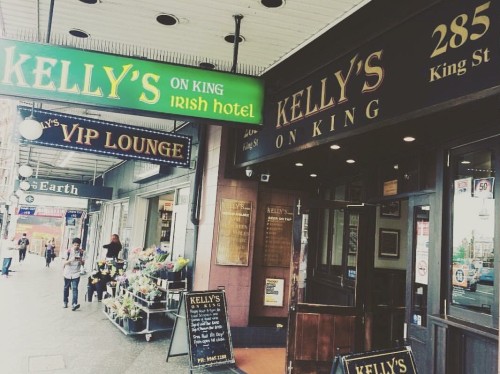 One of the pubs I frequented.

Just as I was feeling self-satisfied to have been part of something cool, a calamity befell me which firmly divested me of any notion that some of that coolness had rubbed off on me. Mid stride, I felt a tearing sensation on my right heel and then a mighty pain; unbeknown to me, I had been forming a blister during my sojourn up King Street, which had, at that moment, torn, leaving raw, seeping flesh. Although the shoes I was wearing are normally comfortable, it turns out, without socks, they they’ll rub the skin right off you. This put me in a bit of a pickle, as I had a fair way to go until my destination and had long since passed any Band Aid selling shops.

As far as I could see, I had one of two choices: either walk barefoot, or tuck the bottom of my trouser leg into my shoe, to act like a buffer between it and my raw, bleeding heel. I chose the latter, which did the trick for a few meters, until I felt a tearing sensation, followed by a mighty pain on my left heel; which meant tucking both of my trousers legs into my shoes; which meant I had to tiptoe in order to prevent my trousers legs from coming out of my shoes; which meant, not only was I in agony, but I looked ridiculous. Then, to top it off, it started to rain; not dainty Isle of Man drizzle, but Sydney rain of the torrential variety. So, there I was, tiptoeing to my destination in the pouring rain, wincing at the pain and worried about the state of my hair. 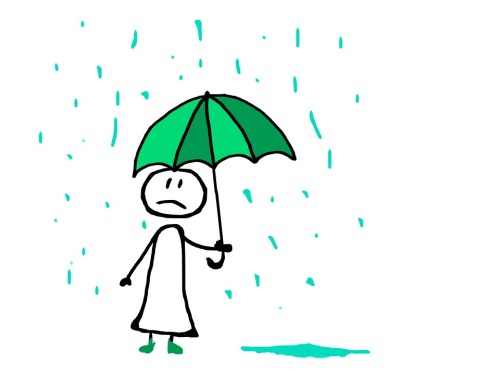 If it doesn’t rain…

Sure enough, by the time I reached my destination – the Australian Youth Hotel – my hair was plastered to my head and mascara was running down my face. It was all worth it though, as I was there to meet two lots of very dear friends. First was the lovely Kat, whom I’d met when working in an art supply shop in the Rocks. Kat is a painter and writer and thoroughly gorgeous person; it was great to catch up with her, and amazing to discover how similar our lives are. 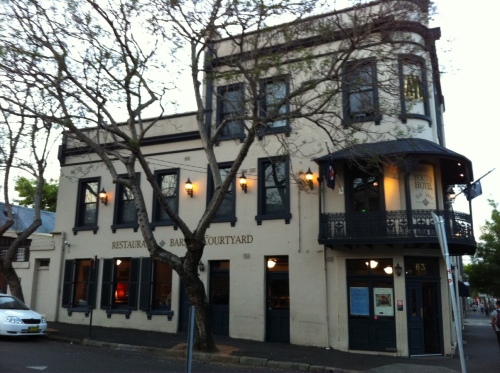 Later, I had dinner with the beautiful Lee and Paul. I worked for Lee for 3 years in her very special shop, Heavenly Bliss – an experience that changed my life. It’s impossible to describe how incredible my time there was, suffice to say, I was restored to the light and graced with one of the most significant friendships in my life – my dear Mary (may she rest in peace). We had such a great time catching up, it was like no time had passed at all – a sensation helped by the fact that Lee hasn’t aged a bit and is as beautiful now as she ever was. It was lovely to see Paul too, he is such a sweetheart. He has just published his second book and gave me copy, as well as a bottle of Baileys and some chocolates to enjoy while I read it. 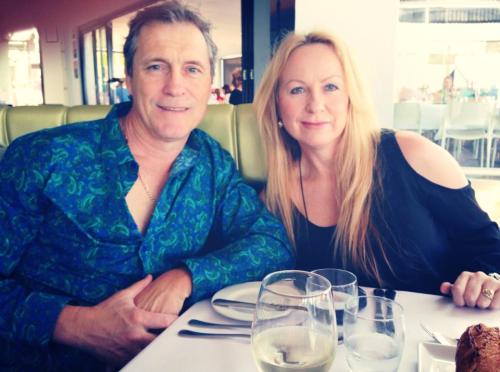 On Wednesday morning, Lauren dropped me at Redfern Station, though not before checking whether I needed to go to the loo or wanted a bottle of water to take with me. I love the way her mothering spills over into our friendship, as it makes me feel cherished and safe. Not that I took any notice on this occasion, as I said no to both, only to discover once in the station, that I did need the loo; then later, at her birthday hoolie, I was stuck down with a terrible headache, due to being dehydrated – proving she, as a mother, really does know best. Anyway, I was at Redfern Station to catch a train to Pennant Hills, to see my cousin Steve, one of my favourite people in the world. We had a lovely few hours together, talking and laughing and catching up on the last 11 years. The time went way too quickly and I truly hope it’s not another 11 years before we see each other again. 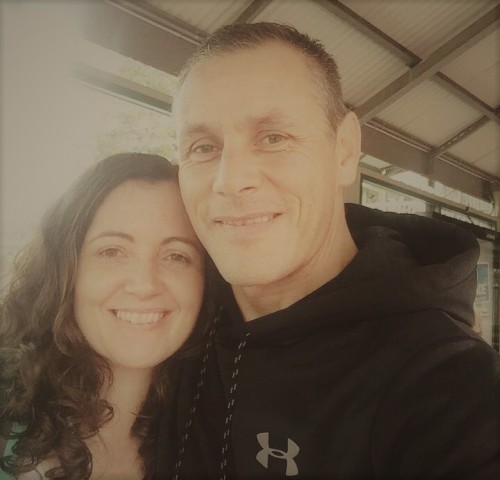 Me and my wonderful cousin, Steve.

Lauren’s birthday hoolie was across the road from her house, at a pub called The Golden Barley. She looked absolutely beautiful in her new outfit and pretty high-heeled shoes; meanwhile, although I wore my favourite top, it didn’t look quite as fetching, paired as it was with my flipflops, due to not being able to wear shoes. Still, I had a lovely time, until I was struck down with the aforementioned headache, that could’ve avoided had I listened to Lauren. The highlight for me (apart from being there with Lauren of course) was meeting up with my very dear friend Nicole. Nicole and I met at Heavenly Bliss – another beautiful outcome from that sacred place – where we worked together on Sundays. It was amazing to see her again and catch up on all that has been happening in both our lives. 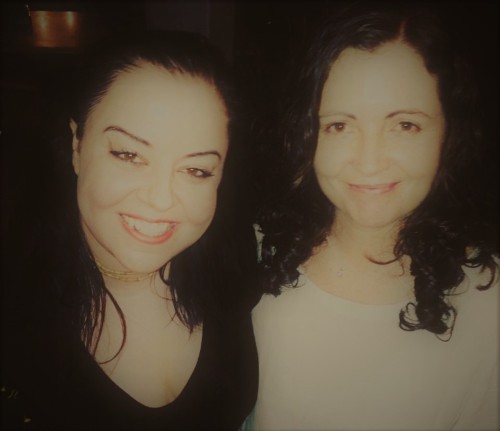 The beautiful Nicole and me.

My last Sydney catch-up was with the gorgeous Anna Ruby. Anna and I worked together at the art supply shop (with Kat), and loved each other right away; now, after 7 years, we love each other more. It was simply amazing to see her again; she has a beautiful spirit, and is wise and articulate. I have no doubt we’ll see each other again, but where in the world that will be, I’m not entirely sure; all I know is, I look forward to the day. We didn’t get round to taking a photo, so I’ll have to make do with one I took 7 years ago in my apartment in Potts Point – the only thing that’s changed is now she even more beautiful! 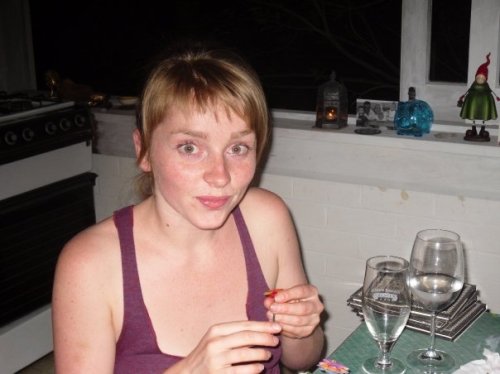 These past 3 days in Sydney have far exceeded my expectations. As I said, I was very apprehensive about being here again; but I needn’t have been. What remains in Sydney is not my past, but connections; connections that are among the most rich and powerful in my life. And, as long as the beautiful people I am connected to remain in Sydney, it will always be a home.